The United States on Monday unveiled charges accusing two Chinese intelligence officers of attempting to subvert a criminal investigation into a China-based telecommunications company — one of three new cases that FBI Director Christopher A. Wray said shows Beijing is trying to “lie, cheat and steal” its way to a competitive advantage in technology.

In total, the U.S. Justice Department said 10 individuals were Chinese intelligence officers or government officials engaged in criminal conduct, and in the most alarming case, accused two men of working on Beijing’s behalf to bribe a U.S. law enforcement official to share secrets about an ongoing prosecution of a major Chinese firm. Although officials did not identify the firm, people familiar with the matter, who spoke on the condition of anonymity to discuss ongoing cases, said it is Huawei Technologies, a global telecommunications giant that has been in a years-long battle with the United States over trade secrets, sanctions and national security concerns.

Unbeknownst to the two accused Chinese operatives, the law enforcement official they thought they had successfully bribed was in fact operating as a double agent, working for the U.S. government, gathering evidence against the two suspects, and feeding them false details and documents to win their trust, officials said.

Wray publicly thanked the unidentified double agent for their careful work to build the case. “We employ double agents frequently in our counterintelligence operations against the PRC’s [People’s Republic of China’s] services and other foreign threats. Given the nature of that work, we rarely get to publicly thank them. So I’m delighted to have that chance today.”

The other two cases highlight what U.S. officials say is a relentless effort by the Chinese government to both recruit American sources and harass perceived enemies on U.S. soil.

“Each of these cases lays bare the Chinese government’s flagrant violation of international laws, as they work to project their authoritarian view around the world,” Wray said at a news conference.

In the third case, seven individuals were charged with working on China’s behalf in a long-running campaign of harassment trying to force a U.S. resident to return to China — part of what U.S. officials say is a broader Chinese strategy of punishing critics who live abroad, called Operation Fox Hunt. The Chinese operatives are accused of using threats, surveillance and intimidation to coerce the individual, who was not named in court papers, to return to China.

In this case, Attorney General Merrick Garland described how the Chinese government said the U.S. resident’s life would be “endless misery” unless the person returned to China.

“As these cases demonstrate, the government of China sought to interfere with the rights and freedoms of individuals in the United States and to undermine our judicial system that protects those rights,” Garland said. “They did not succeed. The Justice Department will not tolerate attempts by any foreign power to undermine the rule of law upon which our democracy is based.”

The Justice Department indicted Huawei Technologies in 2019, accusing the world’s largest communications equipment manufacturer and some of its executives of violating U.S. sanctions on Iran and conspiring to obstruct justice related to the investigation — prompting furious condemnations from both the company and the country.

The new charges suggest that the Chinese government went to great lengths to try to defeat the U.S. case against the company, assigning alleged Chinese intelligence officers to obtain information about witnesses and evidence. Huawei has long insisted it operates independently of the Chinese government.

The 29-page complaint unsealed Monday against the two Chinese men — Guochun He and Zheng Wang — charges that they attempted to recruit a person they believed was a U.S. law enforcement agency employee who could act as a spy on the ongoing investigation. In fact, according to the charging document, that employee was monitored and steered by the FBI, sharing the conversations and helping U.S. prosecutors build a case against the two men.

Parts of the unsealed complaint read like a spy novel, describing efforts by the alleged intelligence officers to use a public pay phone to contact a person they thought had connections to the Justice Department, offering bribes in bitcoin and assigning code names such as “Marilyn Monroe” and “Cary Grant” to purported witnesses. The two men, who are believed to be in China, are charged with money laundering and obstruction.

One former U.S. counterintelligence agent said the alleged Chinese spies’ tradecraft seemed “amateurish.” The alleged intelligence officer “spoke of what his superiors wanted and didn’t want, what the company wanted or didn’t want to do,” said Holden Triplett, former FBI legal attache in Beijing and a former counterintelligence agent. A more adept spy would “keep the source focused on what they’re supposed to get, what they’ll get paid and why they’re doing it,” Triplett said.

The charges come as the United States has taken increasingly aggressive measures to contain China’s rise in the military and technology spheres.

A Huawei representative did not immediately respond to request for comment.

Huawei is a Chinese “national champion,” a company seen as crucial to Beijing’s strategic aims and that has enjoyed substantial government financial support. Its founder, Ren Zhengfei, had been an engineer with the People’s Liberation Army in the 1970s, fueling suspicion that the company had military ties. Ren has said Huawei does not help Beijing with intelligence gathering.

Huawei’s former chairwoman, Sun Yafang, who retired in 2018, had previously worked for the Ministry of State Security, China’s main foreign intelligence service, according to an essay published under her name in a Chinese magazine in 2017.

The Chinese government’s attempt to meddle in the Huawei prosecution “only reinforces DOJ’s view that [the] interests” of the Chinese government and Huawei “are not only fully aligned but are inextricably intertwined,” David Laufman, a former senior Justice Department official who handled Chinese espionage and cyber cases, said on Twitter.

The cases are the latest manifestation of a change in approach for the Justice Department’s National Security Division, which earlier this year shuttered its controversial China Initiative and replaced it with a broader strategy to counter nation-state threats. The initiative, which drew criticism for the perception that it was unjustly targeting ethnic Chinese professors for grant fraud prosecution under a program supposedly focused on espionage, was ended by Assistant Attorney General Matthew G. Olsen, who took office last year.

Aaron Schaffer and Eva Dou contributed to this report. 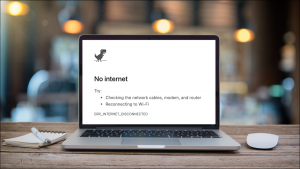 How to Hack the Hidden Google Chrome Dinosaur Game 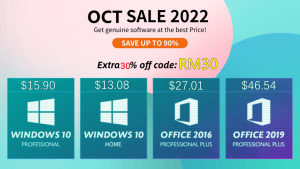 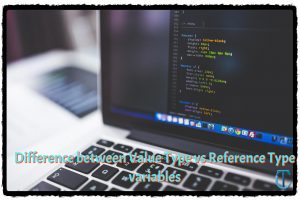